So I took some random screenshots... 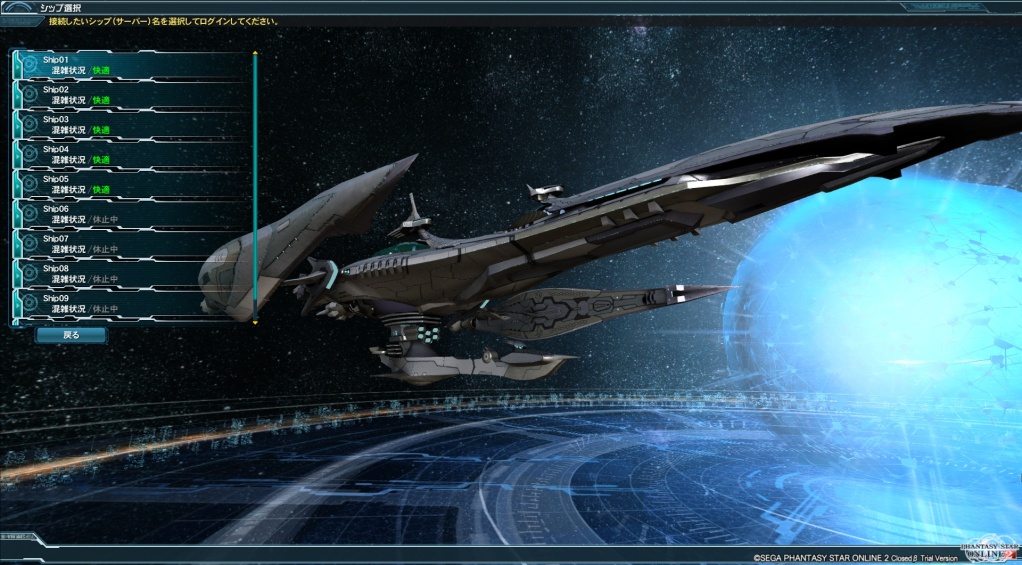 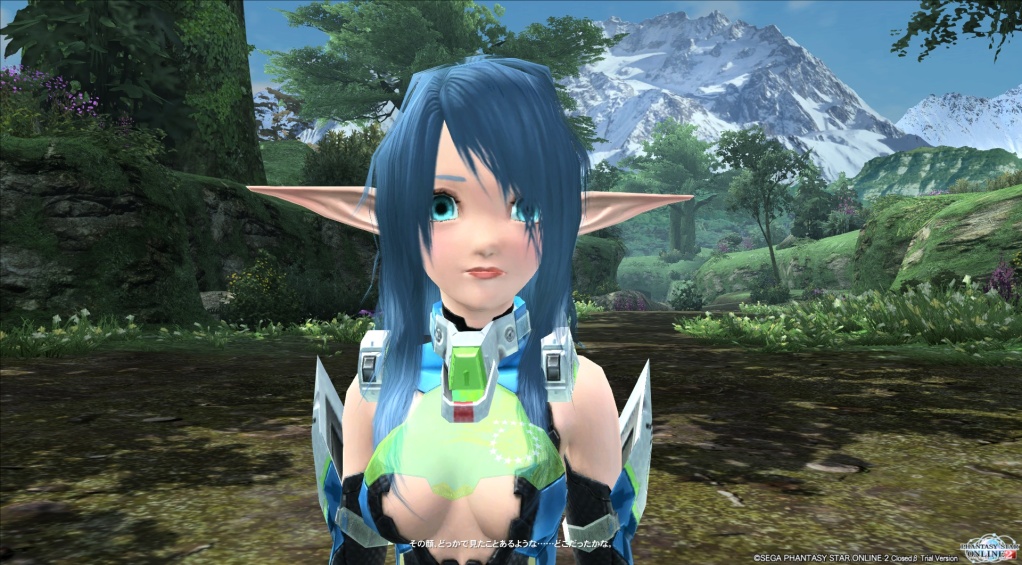 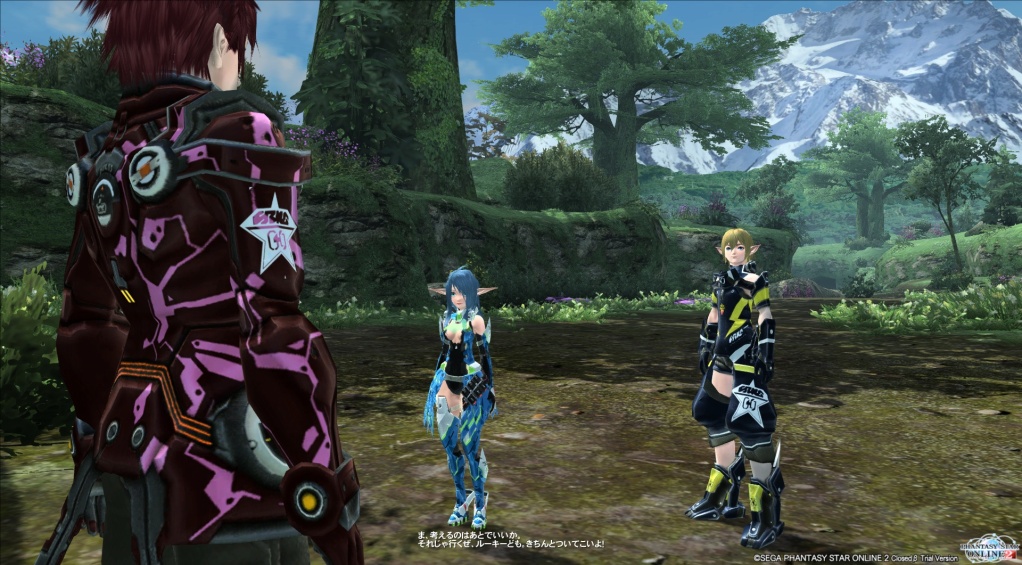 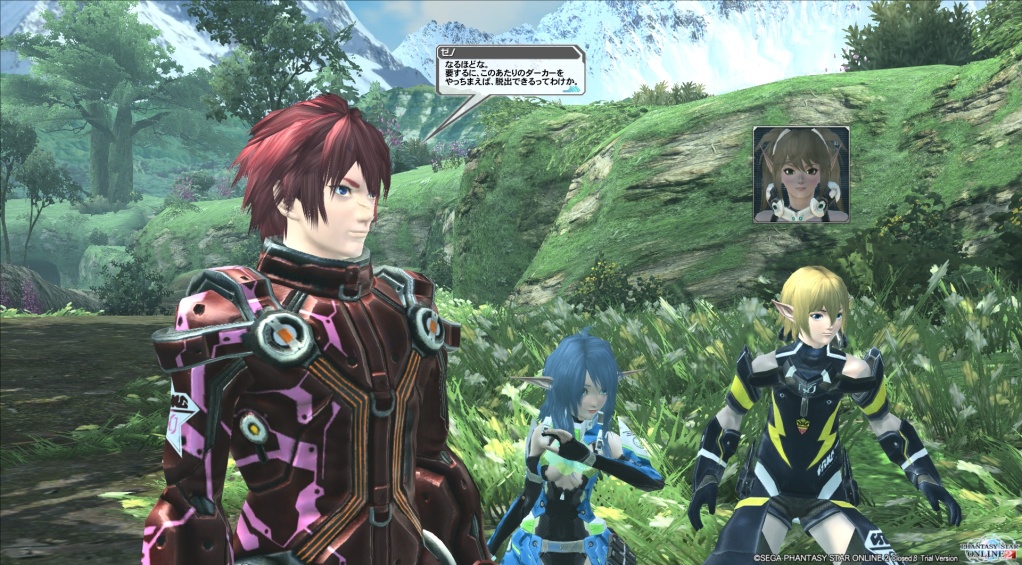 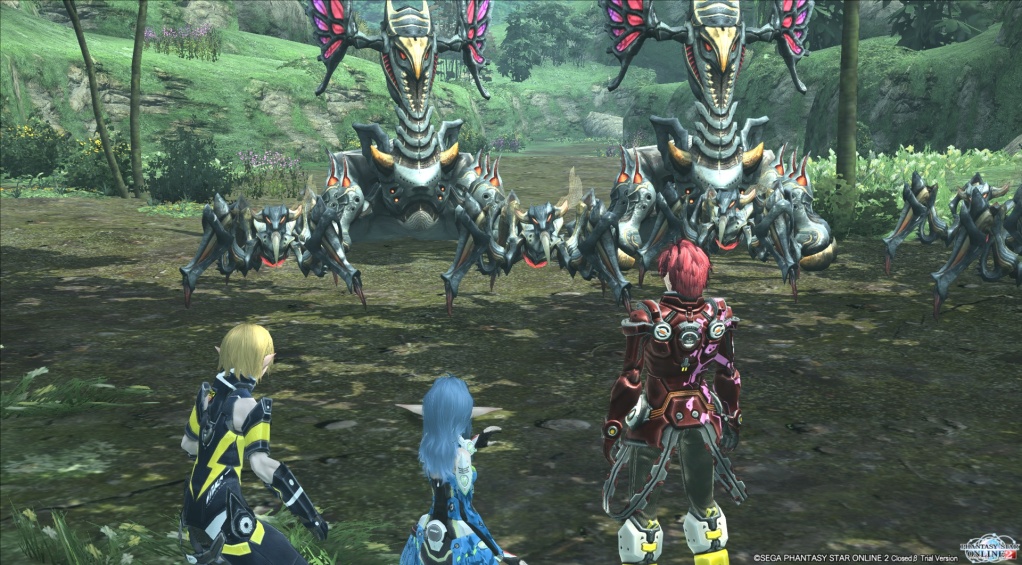 I see a familiar trend... 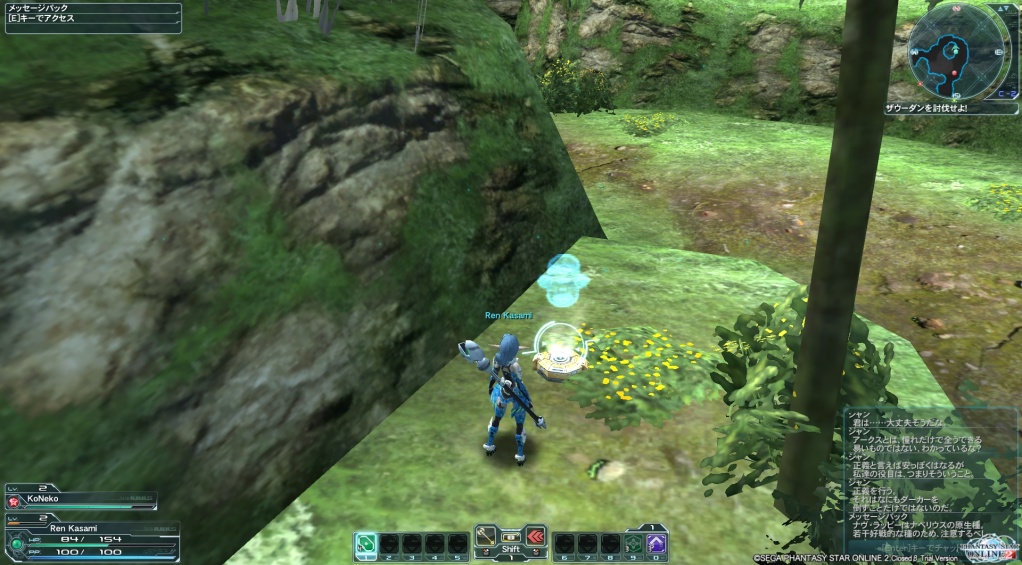 Boy is this game full of nostalgia... 8D

Anyone else get in on this beta? Could use some more people to game with, lol.

I would if I had access to a PC that can run it.

EvilMag wrote:I would if I had access to a PC that can run it.

I have a feeling it will overheat my laptop. It's not a huge disappointment at this point, as the game is apparently going to be filled with asinine fees for doing random things. It'll be hilarious if you have to buy Scape Dolls like people are predicting. Apparently you can't trade without paying, either.

EvilMag wrote:I would if I had access to a PC that can run it.

I have a feeling it will overheat my laptop. It's not a huge disappointment at this point, as the game is apparently going to be filled with asinine fees for doing random things. It'll be hilarious if you have to buy Scape Dolls like people are predicting. Apparently you can't trade without paying, either.

Funny enough, lower all of your settings and it looks almost like PSU.

Gorgeous character I must say.

By the way, how's the story? I just hope this game doesn't end up like Aion and the likes where you gotta do boring quests over and over again...

By the way, how's the story? I just hope this game doesn't end up like Aion and the likes where you gotta do boring quests over and over again...

I spent a few hours making her in the benchmark tool. Thankfully I was able to port that file into the CBT.

As for the story, the opening intro shows some ships flying through these sort of "wormholes" in space to different planets around the galaxy. Aside from that, I'm not sure what's going on since it's all in Japanese. XD

It seems you do need quests in order to go down to the planet surface... which is a bit disappointing. I was hoping it would be like PSO and just let me go down there for whatever reason... Oh, well.

The game is a lot of fun though. I'm going to upload some more pics in a bit. I made it to the "City" part of uh... whatever this ship is called. Looks pretty cool.

I turned my settings down a bit to get more FPS, but the game still looks good.

And, Mag, you are correct. This game looks like PSU on lowest settings. xD

It still looks decent enough, though.

Was walking around and managed to find the teleporter to the main part of the city... At least, I assume it's the city, or even the main part...

These are all on the lowest settings. The game still looks pretty decent. Got a massive FPS boost too, so that's good. 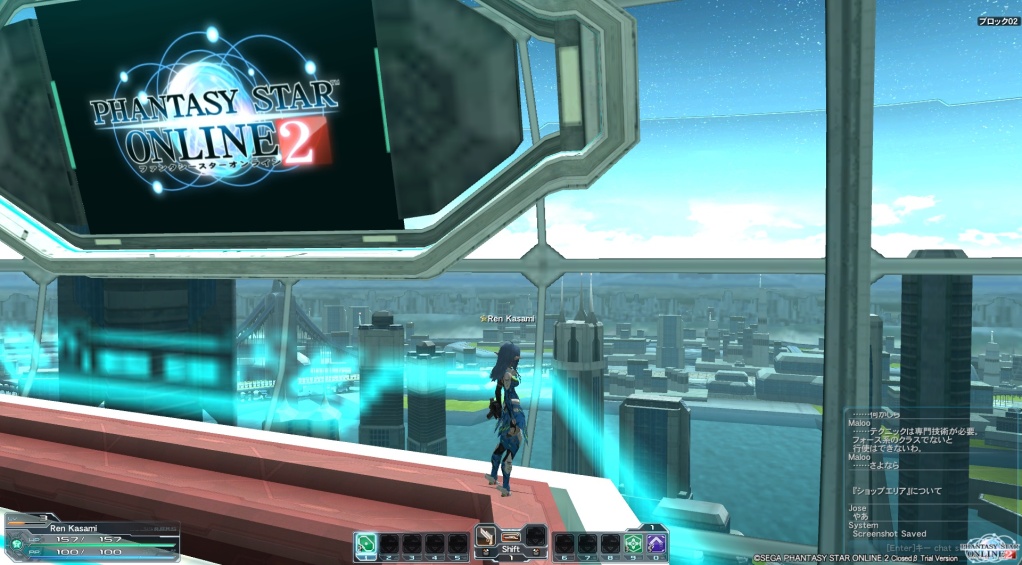 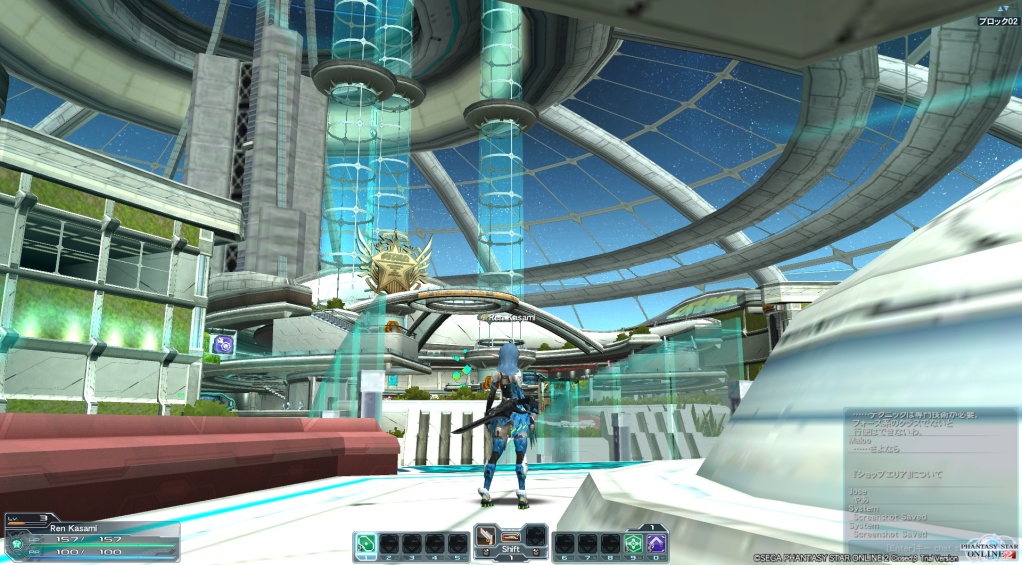 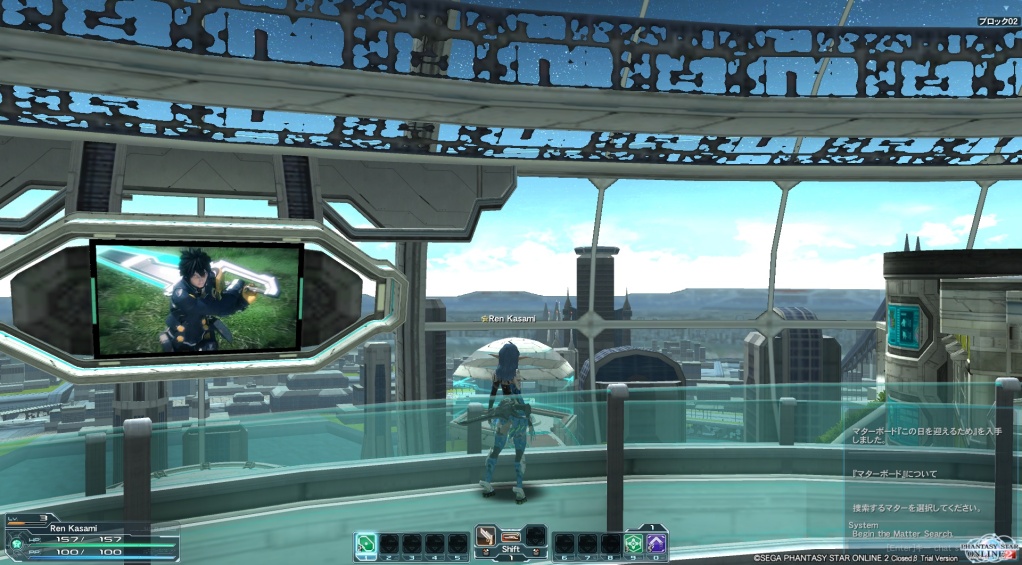 Was walking around when this random scientist NPC started talking to me... As usual, I had no idea what she was saying. xD 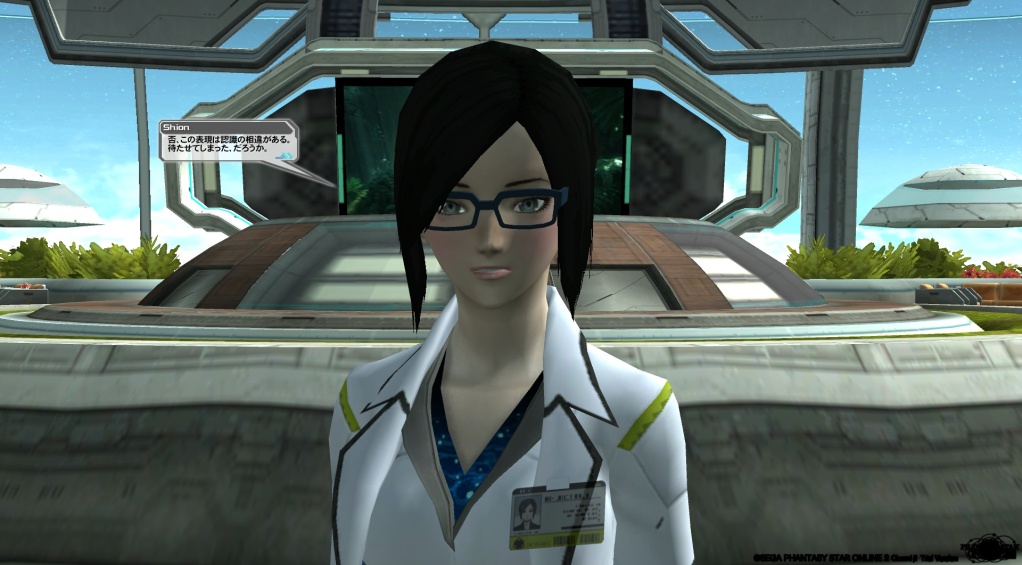 If the game looks like PSU on the lowest settings, I wonder why it requires a 7800GT as the minimum GPU. PSU was able to run on like a 5000 FX series.

I just checked the options tab for the launcher. It looks like it can run in 4:3.

SEGA is having an event, where people that got into the CBT can invite up to 3 people. Mag is inviting two other people, and he should have a free slot. I can invite anyone if they want to try it.

Although, everything is in japanese again. xD May take awhile until someone can translate what to do.

Ives if you know any japanese, feel free to take a look. :D

I'll hand you an invite if you want. I'm probably going to invite MuCast as well, so I'd have one left after you two.

The CBT lasts until April the 28th.

*EDIT* Alright. I figured out how to send people invites. Ives I hope you have a SEGA ID on Japanaland's Server. If you want, I can send you an invite. I'd just need your E-Mail and I can send it that way.

I sent one to MuCast and am sending one to another friend. So that's all my invites if you decide to take up my offer, Ives.

I guess I should install and try the benchmark tool before I accept your offer.

I don't like the idea of having the equipment visible outside the battle field. That breaks the good old PSO spirit in my opinion. You shouldn't be able to show your weapons in the city, it doesn't look ethical

On second thought, if the closed beta ends on the 28th, you should probably send your invite to someone who will be able to spend more time on the game. I don't game much during the week right now, so by the time I can play, the beta will be over.

lol. I was just making a slang joke. Japanaland as in Sega Japan. xD

Anyway, if you're sure about this, then I guess I'll let someone else use it.

I really think everyone who is a PSO fan should try this game at least once though. xD

As for the whole 2000 score thing. Honestly, as long as your game averages at least 30 fps, it will be smooth gameplay. Trust me. I had just over 1000 on the lowest settings but highest resolution (1920x1080), and the actual game runs fine. Human eyes can't really track more than about 26ish FPS anyway, anything below that will be notably choppy, but as long as you're over, it should be fine.

When it comes to this game though, I was getting around 15 - 20 fps on level 3 settings, max res. It's definitely a bit slower, but still barely smooth and playable. Anyway, the choice is yours. You still have a chance to reconsider until I use up all my invites. If you can find the time to play, you should try this game at least once! :D

I'm using a Pentium 4 with a GeForce 6800 8x AGP card, though. Even on the minimum settings, I probably can't get 30 FPS. I was able to run PSU at 1024x768 at max settings, but PSO2 seems to have much poorer reported performance.

Also, most of the reports I've read state that the beta is horribly buggy, and people can't even connect. I'm not a fan of playing games I can't read, either.

I'd rather wait for the US beta, because if Sega never releases PSO2 outside of Japan, I definitely won't play it. So far, I'm hating the freemium model that Sega's trying to implement, too. I don't want to see a, "Would you like to buy a Scape Doll for $1?" prompt every time I die. I hope the reports of Sega fixing the targetting with a controller are true, because I won't play a game that's designed for keyboard controls, either.

I tried out The benchmark on my friend's Laptop and I got 15-20 FPS on it with everything lowered and lowest res.

Really shows that you can PSO2 on almost everything. Idk the video card. Only thing I know is that his laptop is capable of running MW2 decently. (25 FPS and some lowered graphics.)

The game will be playable at 15 FPS if you're wondering.

I don't really understand how FPS works on modern games. Do you mean that PSO2 will automatically run the game at whatever frame rate your hardware can support, instead of requiring you to enable a manual frame skip to decide what framerate to use? In previous games that supported FPS > 30, the frame skip setting would cause the game to stutter a lot, because it was only designed to run at a specific rate, and using other rates caused it to just drop frames and look like stop-motion animation.
_________________
"Fear the HUnewearl."

It should run at any FPS. I didn't see an option for frame skip. Honestly as long as your FPS is around at least 20 or so, it will be smooth enough. I'd say 15 is about bare minimum. Anything lower will appear very choppy.

I've gotten some slow-down from tons of explosions and other players, and it's dipped down to about 20 at the lowest. Most of the time I get about 40 - 50 frames.

I say try out the benchmark tool. The FPS I got on there was comparable to the actual CBT Client. So if it runs anywhere from 20ish frames or more during the video, especially during the explosions and smoke, I'd say it would be playable.

Haha, even the benchmark tool setup program tells me to GTFO because my laptop is too fail. If it doesn't like my laptop, it will die of laughter if I try to run it on my desktop.

I wonder if it doesn't like my lack of XP SP3, even though it isn't listed in the requirements I've seen. I'd think if it was complaining about my lack of RAM, it would say so instead of telling me my OS isn't supported. Oh well.
_________________
"Fear the HUnewearl."

Ran into something we weren't expecting xD

After a long fought battle...

Funny thing was, that was a random event that happened, the boss was something entirely different...

Either way I can't even run any PC games anyway. (I could try my brother's gaming computer.)

I uploaded a video

Uhh Wing. You better put this in your description

I don't want your video to get taken down. :T

Uploaded one last one.

Played on the final day. CBT should be over now. Looking forward to OBT. :D

Anyone here going to try for it D:?

Pre-Open Beta is today and tomorrow. I streamed most of it but I have pics.

Lets go to my the desert! 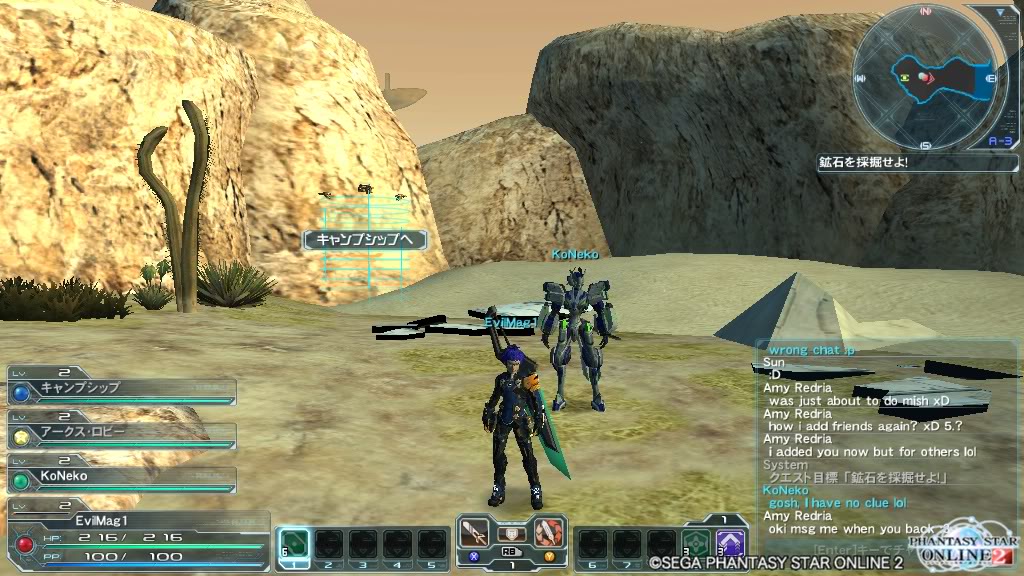 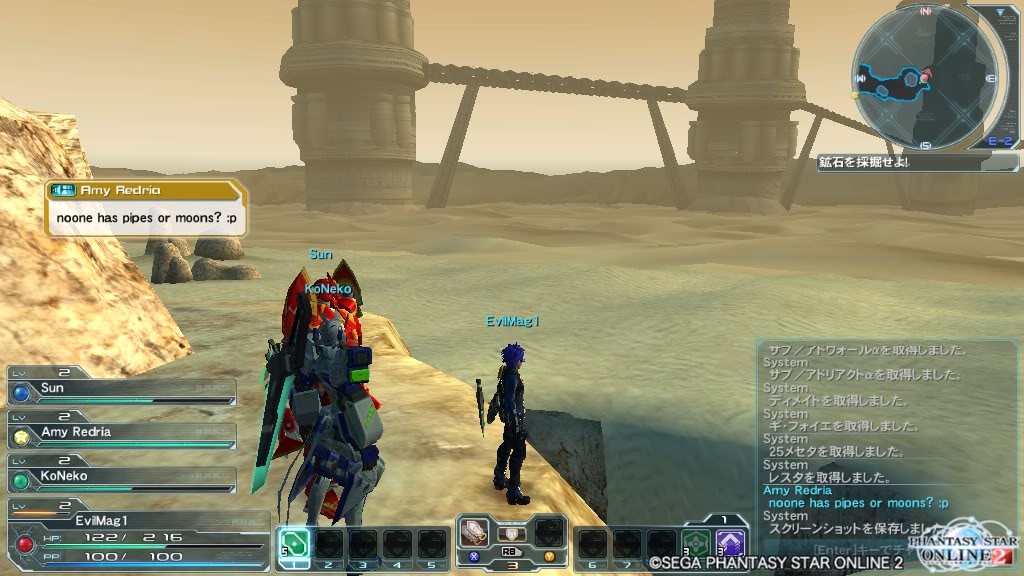 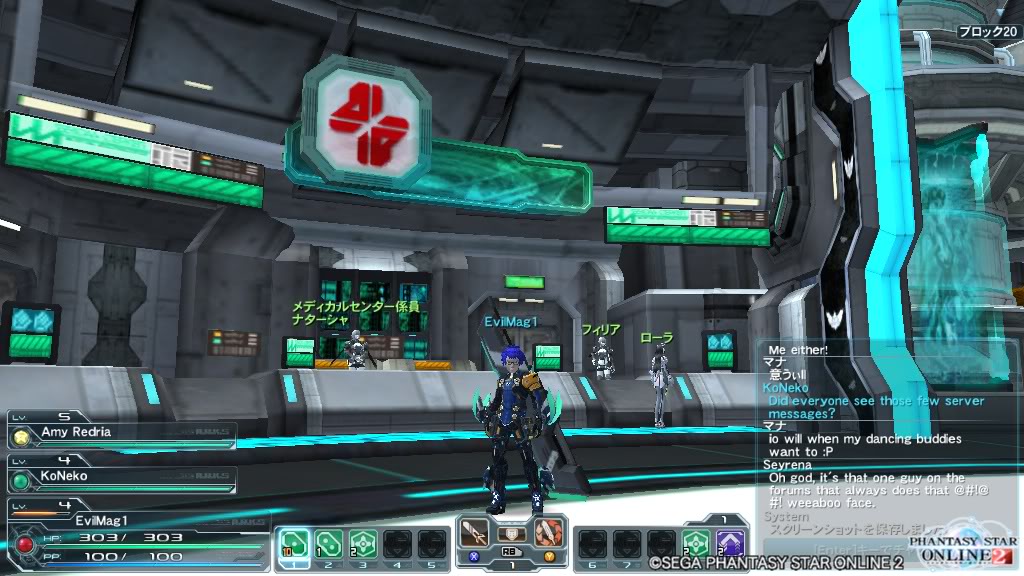 Jesus, the water looks like Kool-Aid when you have Lv1 graphics. 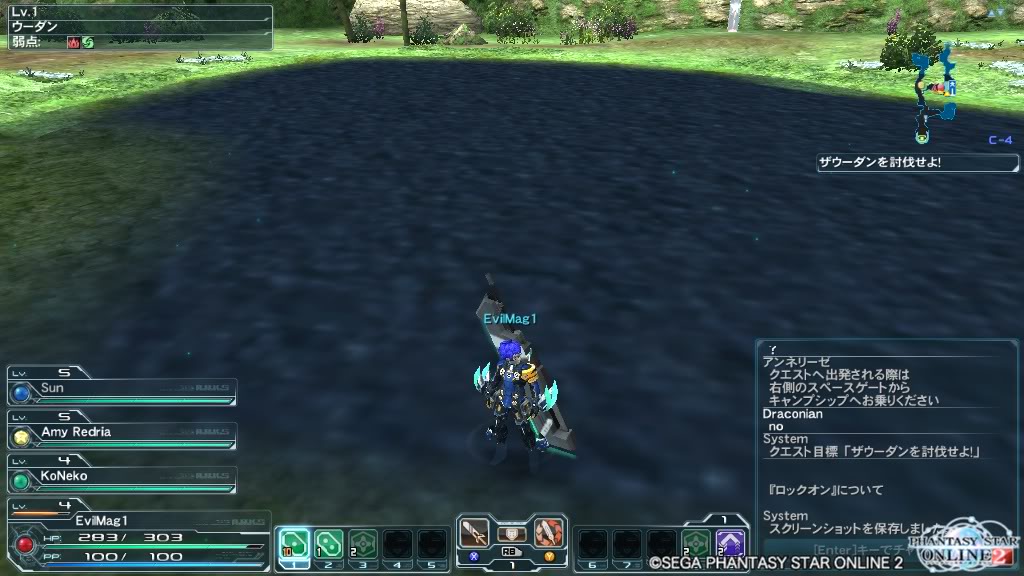 If you guys are wondering, I normally don't play at these graphics, I had to lower them since I took these pics while streaming.