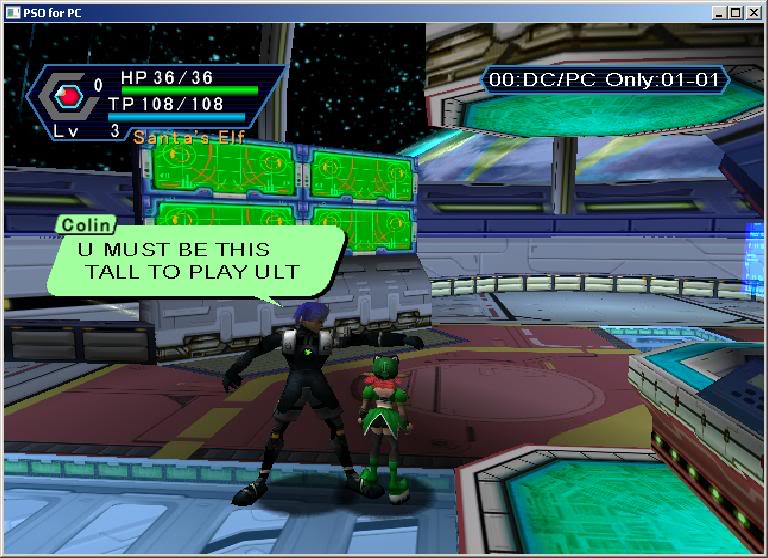 XD that is awesome 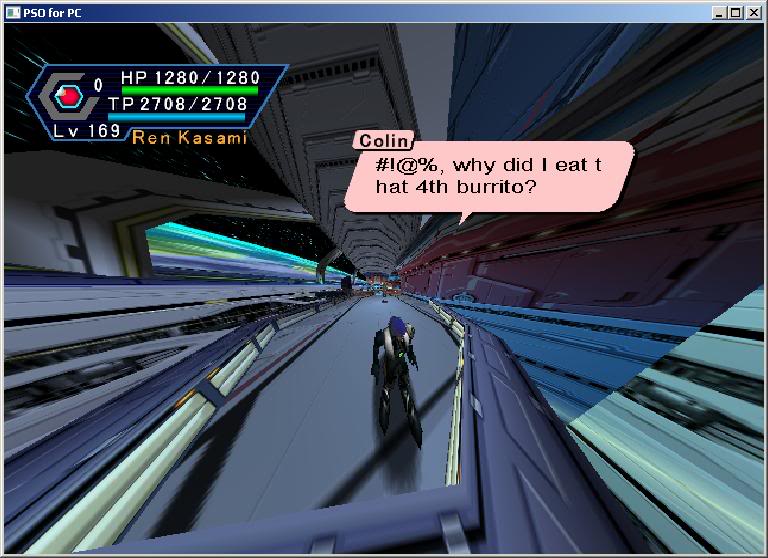 By eating that burrito, you enter a world not known through man but from a hit tv show back in the 50s and 60s, you enter a place filled with the unimaginable, the intolerable, and the unethical, It may seem odd at times but remember, you have now landed

I should photoshop the eye looking over you and a floating door. :lol:

that would be awesome!

i downloaded blue burst and i guess i'll stuck on it for a while since it have more stuff :p
see you online

lmfao. You won't see us online since BB can't play with others and we have our own ship. No reason to stick around here if you're not going to play V2 anymore. Have fun with your rare obsessed TTF induced comrades.

Wargamer wrote:i downloaded blue burst and i guess i'll stuck on it for a while since it have more stuff :p
see you online

=/ Happens. Reminds me of the marketing industry. Even if something is a piece of crap, people will get it because it's popular and easier to do.

Her final thoughts before she embarks upon the Great Campaign that is PSO. 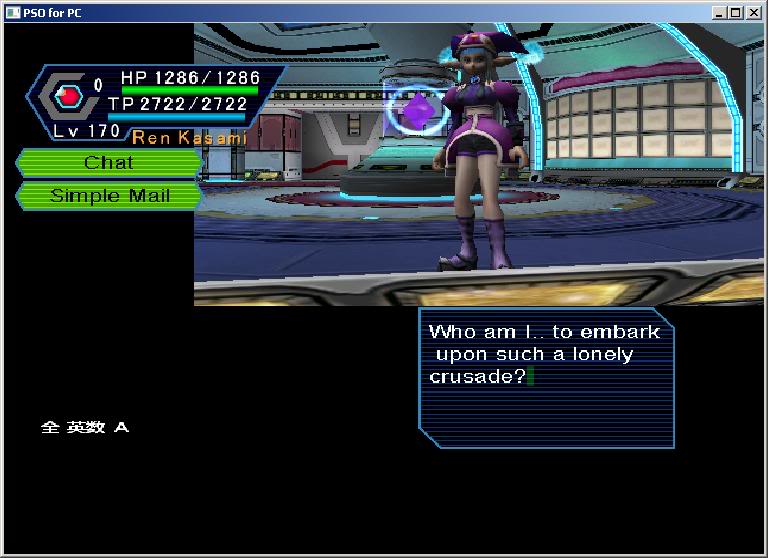 What can one do.. for so many, she wonders. 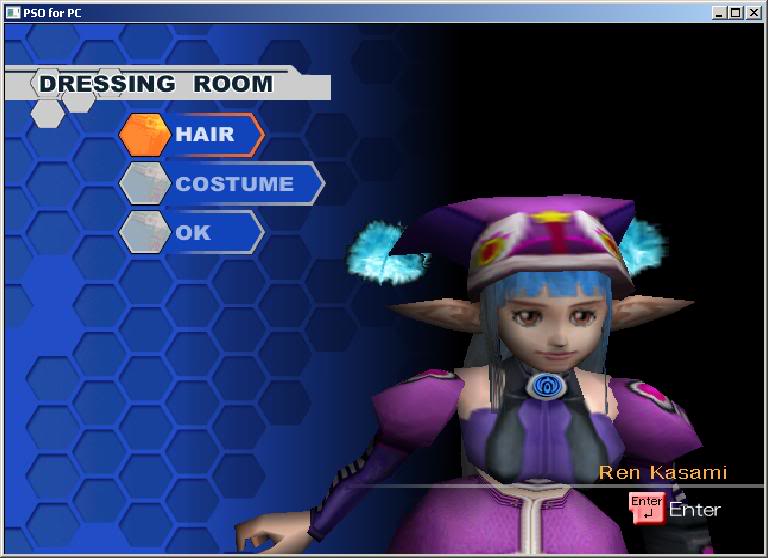 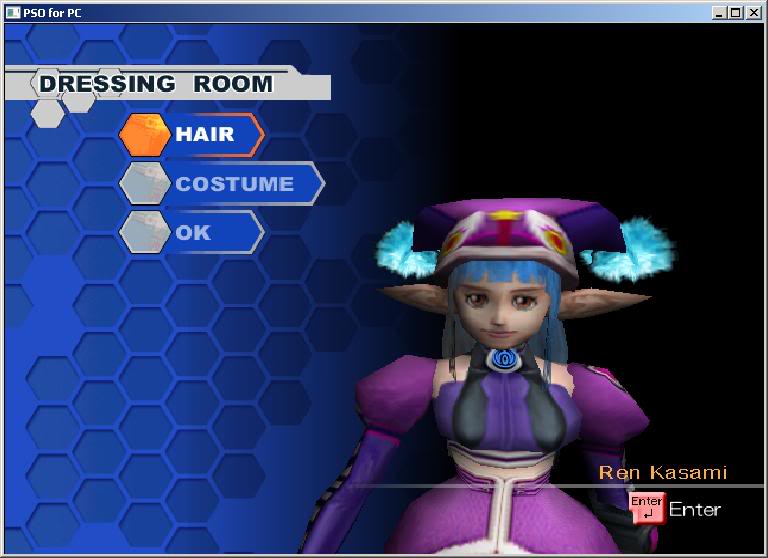 Wargamer wrote:i just took BB because it's the same thing as PSO

Dude. You have no idea.. what you're talking about. XD

To boot, if it WERE the same, we'd be able to play with them when we cannot. BB is it's own thing.

SEGA made BB to keep people busy while they worked on PSU. They didn't want others playing games like WoW so they'd lose fans. BB is the easiest version of PSO out of all. That seems to appeal to people. Why? I have no idea. For me if there's no challenge, there's no reason for anything. I found a Hell Stick with like 30 hit 2nd day I played. -_-

I just pretty much quit after that, really only played when my friend wanted to. Not to mention rares drop like crazy. But I guess that's appealing too. Most people who play BB haven't played the original either. 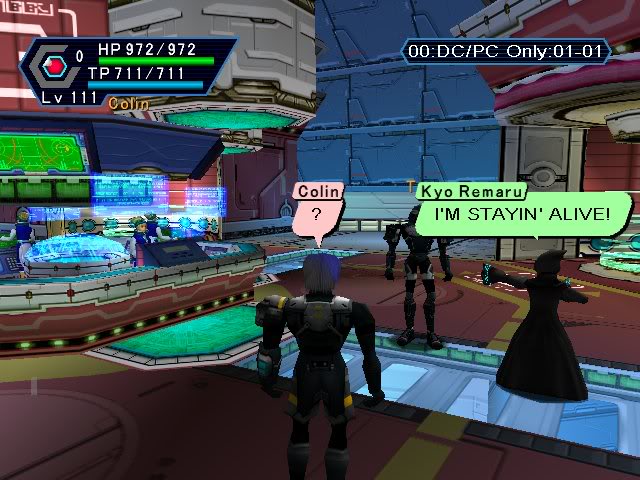 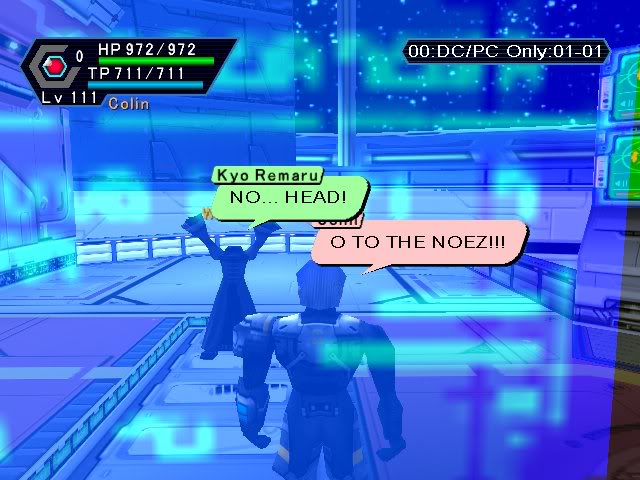 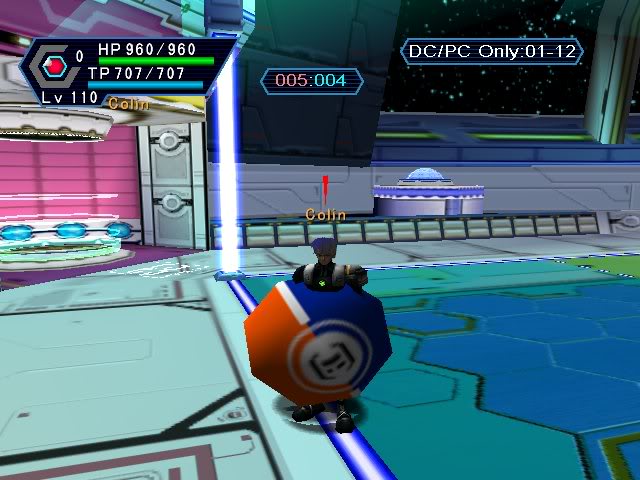 Be one with the ball 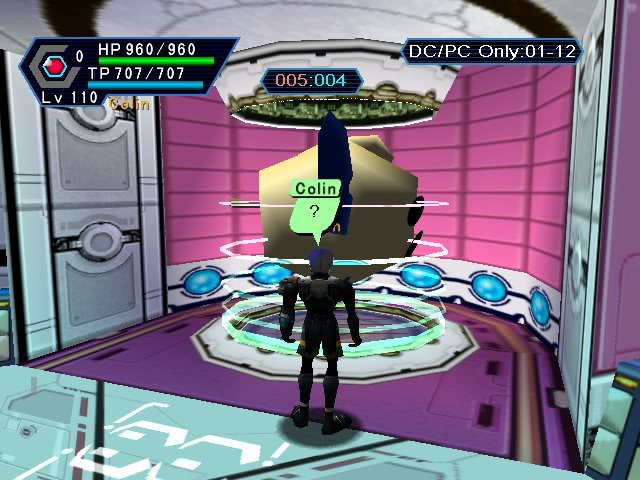 He was tired of being kicked around 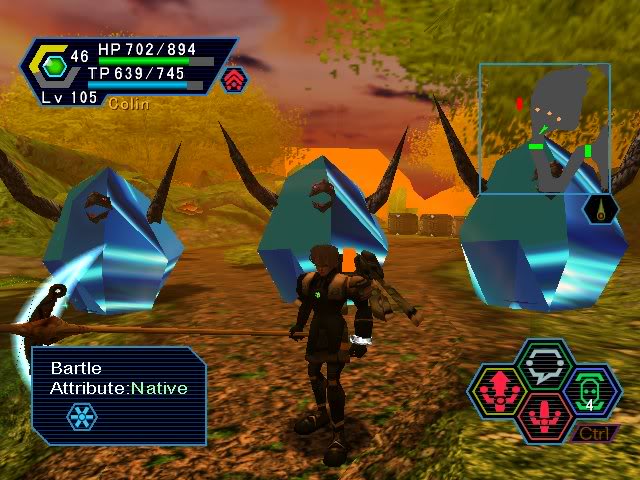 The Ice Pick! Approved by 3 out of 4 bartlez (the last one was frozen with his hands down) 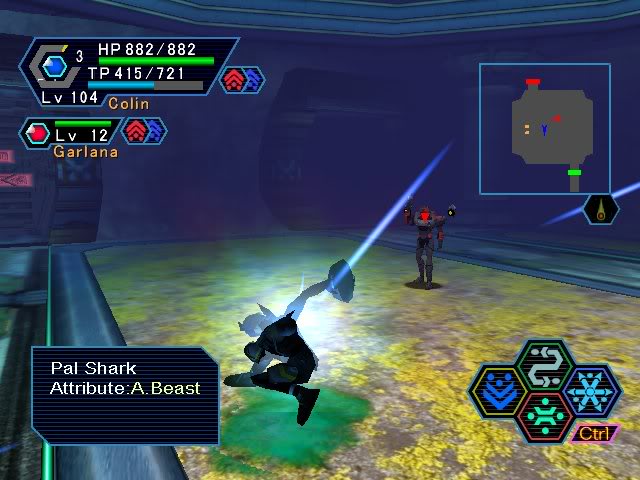 Thought this was a cool pic, thats a wok in the right hand too lol 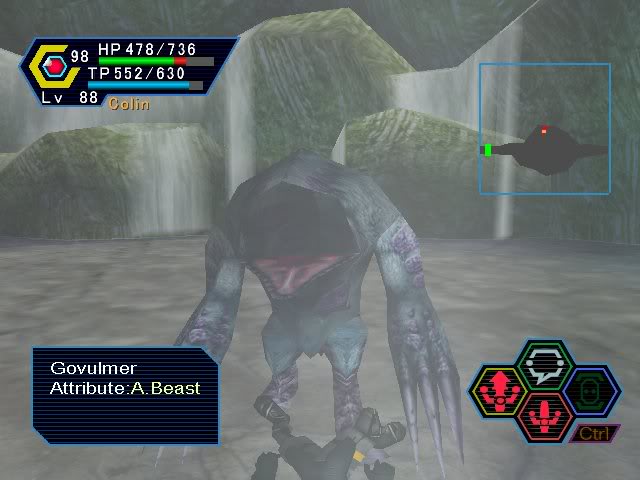 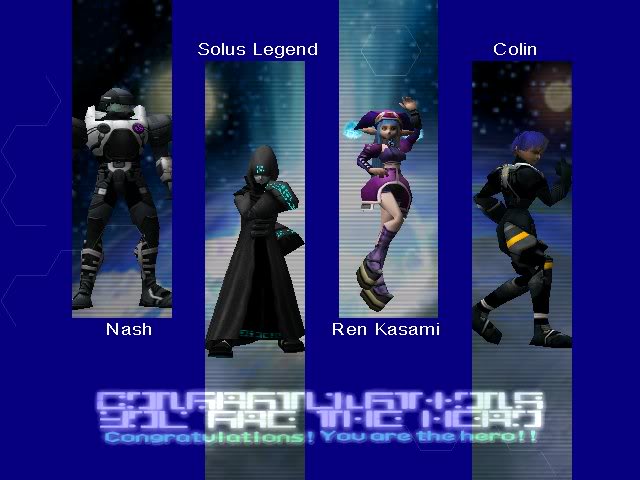 Yes I know, its a lot of pics, I needed to clean out my backup folder, hope u enjoyed them! 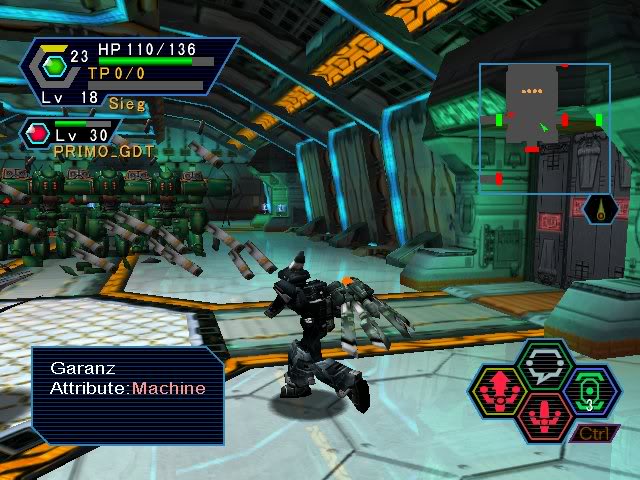 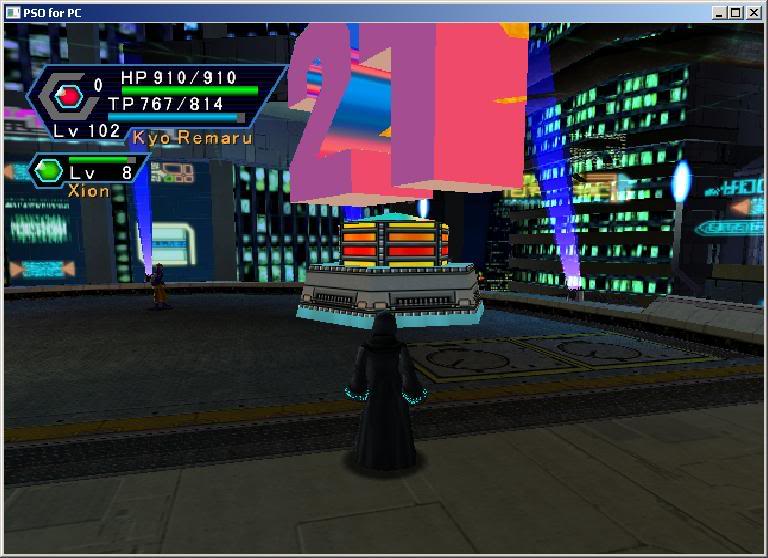 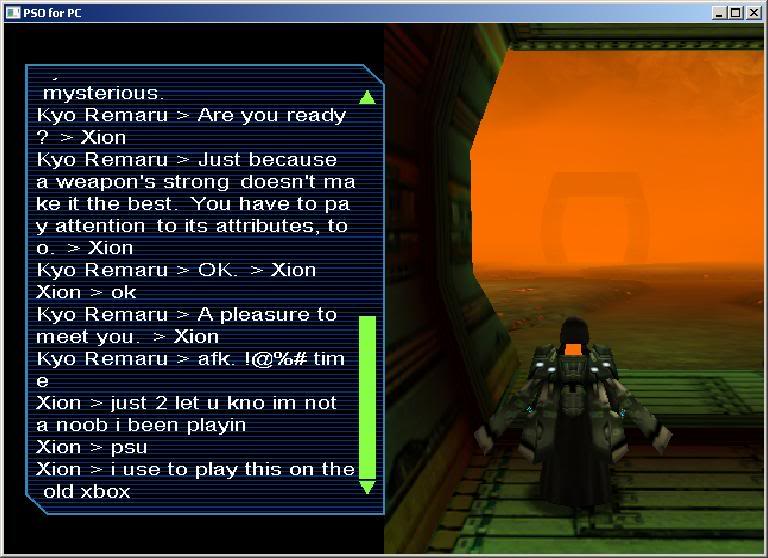 lol k pro. Isn't a noob anyone that hinders the team, while a newb is a new guy? Hope he doesn't have them confused. I'd correct him and tell him v3 =/= v2 but he probably won't know what I'm talking about. Then give me a IM PRO BIOTCH speech. I don't argue with new people on the servers anymore, full of themselves. >_> 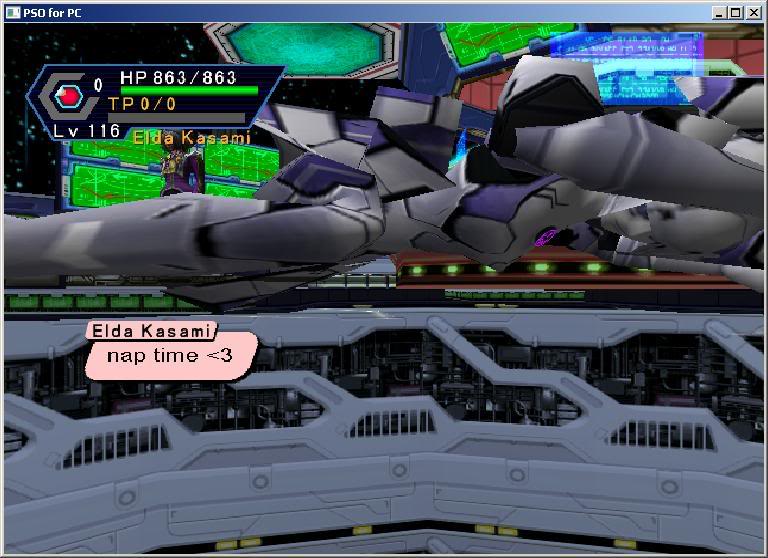 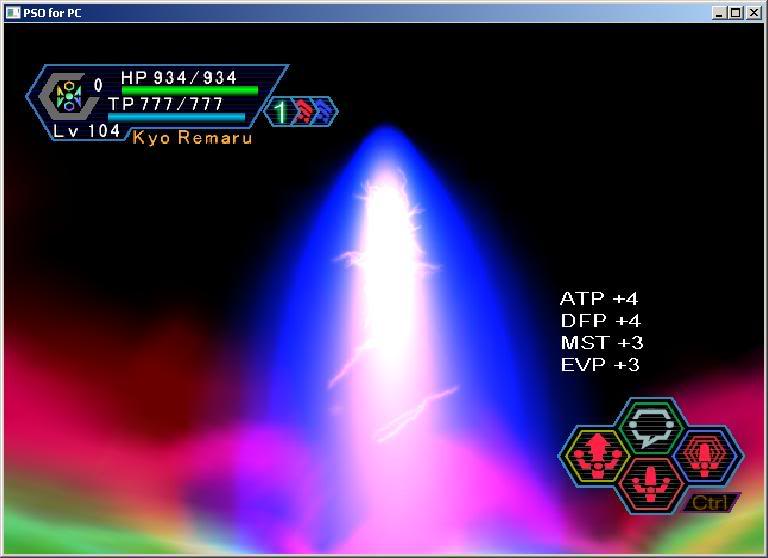 ...One of those rares that just isn't worth picking up. xD

Another useless rare for the collection.

I probably have too many of these now.

Crap. I wish I hadn't spilled that can of paint. 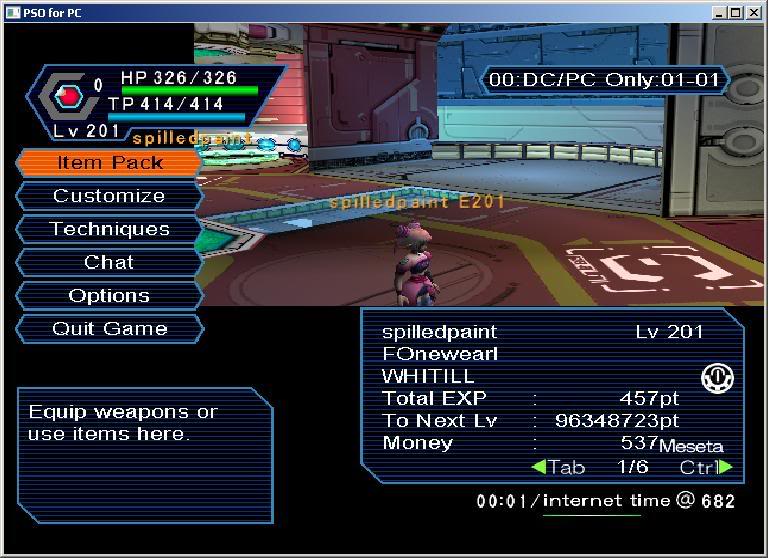 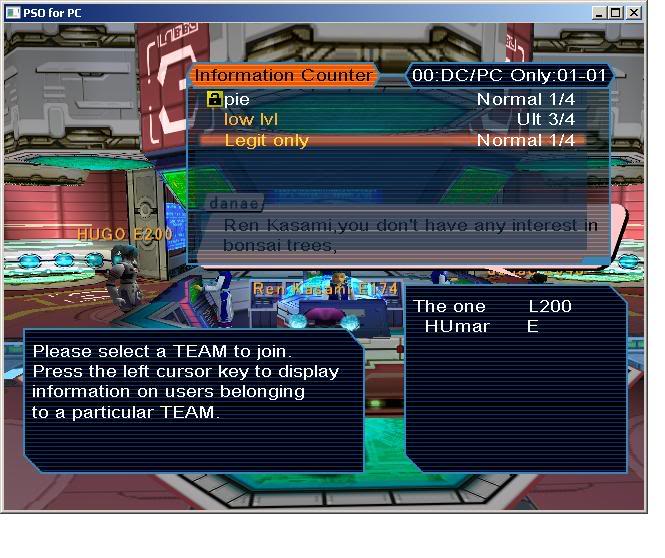 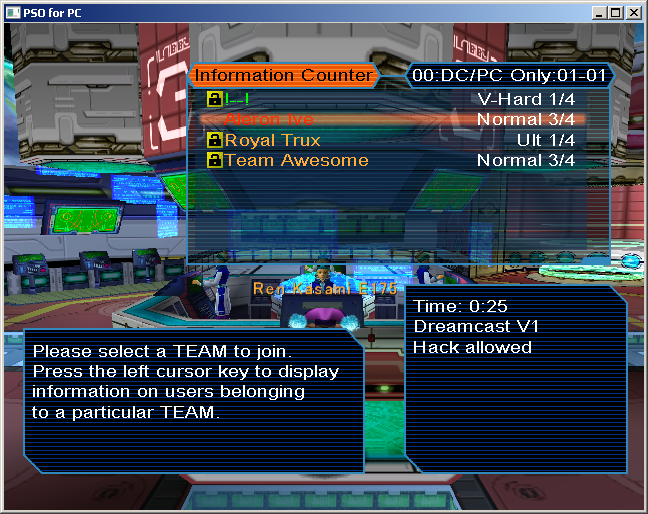 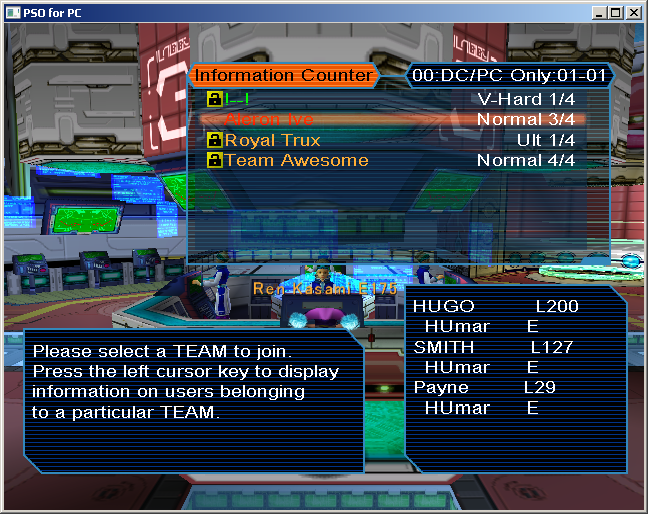 Am I surprised? Of course not.

Whatever. I'm gonna double post. This topic hasn't been bumped by someone in forever. xD I Edited my post like 20 times already. And this is worth a bump:

I found something totally awesome today... 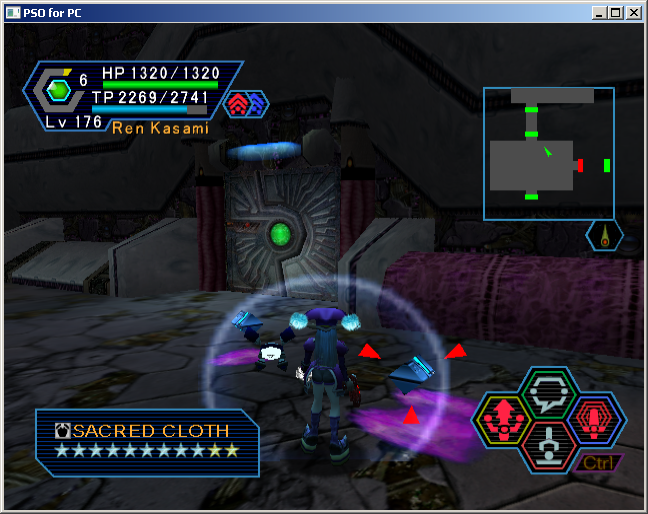 And it has 3 slots. Last time I found a rare frame, (my DF Field) was over a year ago.

Never thought I'd find a rare frame so soon xD.

While V2 drop rates aren't so nice, when something does drop, boy is it appreciated :3

I ain't letting this bugger away from me.. 8D

Claw dropped this one.

Almost two thou - Hey, what the fuck? How come every time I reach an increment a thousand, I find something rare? XD

How long have you been playing? 2000 hours must've taken a while to accumulate...

Fun for all 2000? Hah. An adventure? Sure. A lot has happened during those 2000 hours. Not just in terms of the avatar and the game. Although, what happened always revolved around that.

PSO has a lot of memories. And I'd love to make more... but I need a new graphics card since my old one just died. :(

I'm still not quite sure how I tolerated that ruins run, and the one I also soloed the other day.

Lag sucks; need to get a new Video Card Dx

That definitely explains it. Playtime is somehow factored into the calculations. Only the people with 1000+ hours find anything decent.