my RAcast does need one

I have a backlog. D:

Finally the RAmar is clear.

...and after at least 9 months of being stuck at Bu-ZAN, so is RAcast.

With combo, even RAmar doesn't suck.

Lol, and it isn't even ground. xD 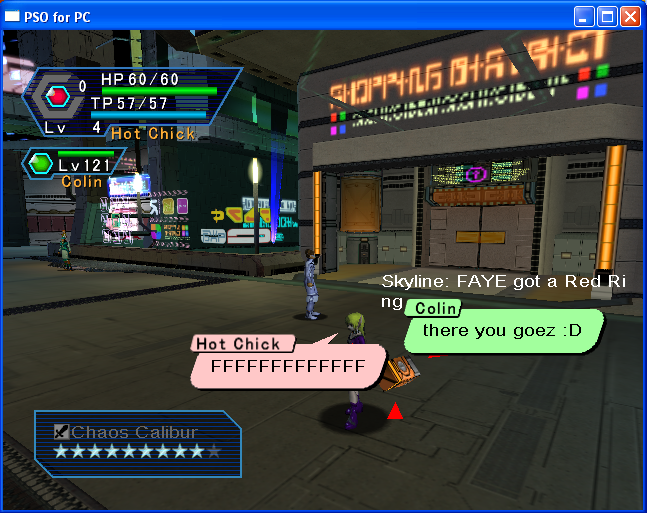 I cannot believe this dropped. I know that a Delsaber can drop it, and it is about as findable as all the other unfindable rares, but it dropped. This is absolutely amazing. I killed the three swarm of Delsabers in the big room on Ruins 2, and that fell. I was in shock for a good few minutes...

The only things I've found before that come close to this are Ren's DF Field, Sacred Cloth, and Holy Ray. All in her game. Holy and DF were around 1000 Hours. When I reached around 2000 as you guys saw in the earlier posts, I found a Sacred Cloth. This game seems fit to reward you when you reach an increment of 1000 or something.

This time though, Nash was hosting. Obviously, since I'm using Cadena. xD (If she had that many hours and was that level then I either really suck or love the lobby. XD)

When we logged off he told me he was about 1043 hours. Heh, doesn't surprise me. He didn't want it though, so he let me have it. D:

He said he already has an S-Rank Needle, and tons of other things, so he didn't care. xD

*EDIT* Turns out he read the hours wrong. It was 143 and some minutes. The ironic thing is that I remember him having the time glitch (9999 hours) a while back. And with how much he has played, especially in the past, I know he has been on a lot longer than 143 hours. Oh well, neither of us use any programs to enhance our drops including the EP, so I'm ok with this item's status.

These are one of the zomg collectibles though, but I guess he wanted me to have it. Must have been kind of obvious that I wanted it for my FOnewearl, Ren. xD

wow nice, mind if I try it once or twice? XD I've always wanted to give the cbringers rifle a shot

A.K.A. the LOL Cannon. I'll be using on my RAcaseal now, since no one can use but rangers. -_-

congrats on the drop

I'm going to get one for my RAmar, as he's the only one who can make proper use of it. Demon's sort of makes up for his lolwut ATP. xD Poor RAmar...

You could have just used the Section ID Calculator, since I said it was Nash's game and he's clearly using Nash in that pic. =P

Then again, you can't really tell how many spaces could be after his name in that pic, but there are none. His ID is Purplenum.

Thanks to some handy drop charts like Lee's, I knew that it could drop, but I figured it had to be astronomical. What I don't get is why the hell does a Delsaber drop a C-Bringer's Right Arm?

Same with the bringer. He can drop a Delsaber's Left Arm. What the hell? XD

Did it tear it's arm off and put it in it's back pocket?

I guess they don't want too many rares dropping on one monster, but even so. xD

Oh, right. EvilMag, I have one Double Saber left to give away. Remind me next time you see me online and it's yours.

thats fine by me

MuCast: first we find a torr in ttf, then 2 nars in cmode, then a mil in freaking garons treachery son of a bitch XD
MuCast: I WANT RARE WEAPONS!

Colin wants a FS so bad too, hahah.

Seriously, though. It wouldn't surprise me if that quest is the sole (if not at the very least, main) reason for quest submissions about spamming a lot of one enemy not being allowed. xD

You would need to find like 50+ Hildetorrs to get a Frozen Shooter at Sega's rate. It has a rate of 0xCD, lmao. For comparison, Red Handgun is 0xDC, 15 points higher. Hildetorr does have a 100% DAR compared to a Barble's 38%, but you're basically looking at if the FS rate was equal to the RHG rate, you'd have the same chance of finding it as you would getting a RHG off of a group of 3 Barbles. Those odds aren't very good, and the rate of FS is quite a bit worse than that of RHG.

If you really are insane enough to try to get a FS, your only real option is to pipe Hildetorrs. Piping a single Hildelt at a time would be pretty craptastic, though.
_________________
"Fear the HUnewearl."

Why is the top of the screen Black? does your computer suck that hard lol?

Spoiler:
Did a VH Offline Ruins run and found some things lol 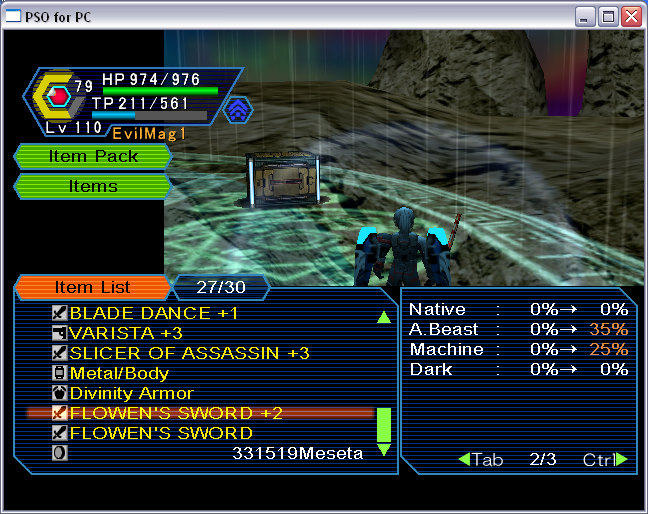 not too bad %s 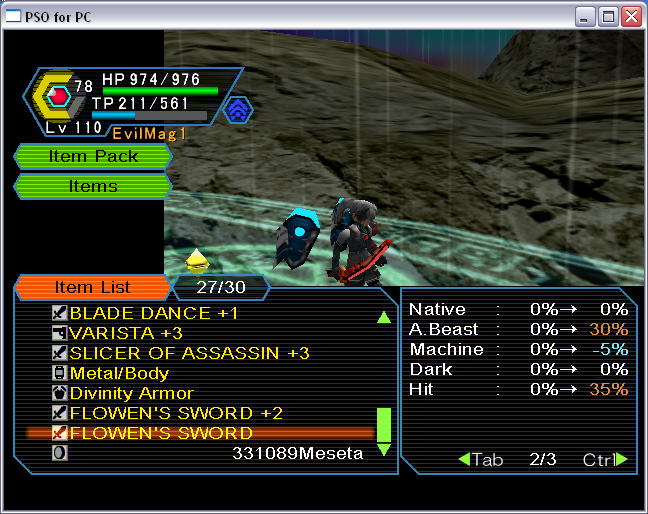 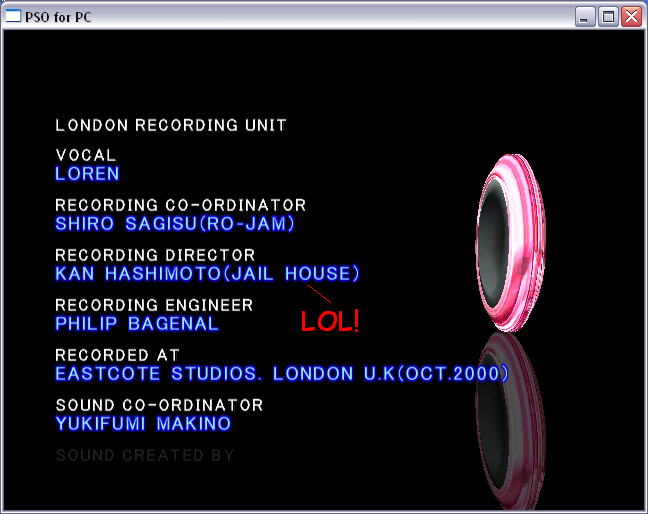 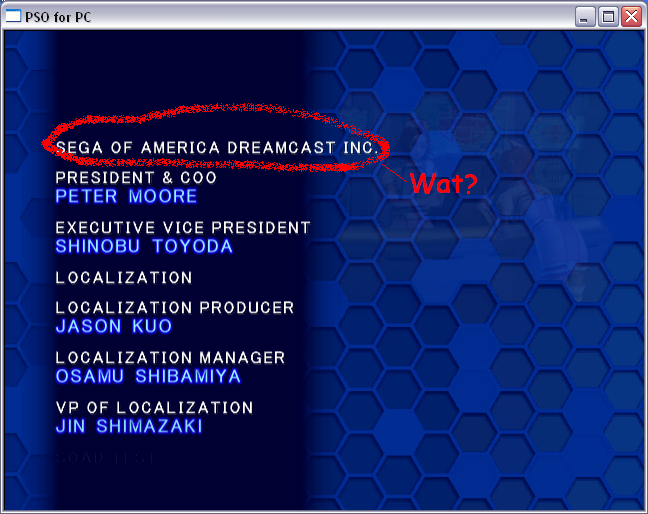 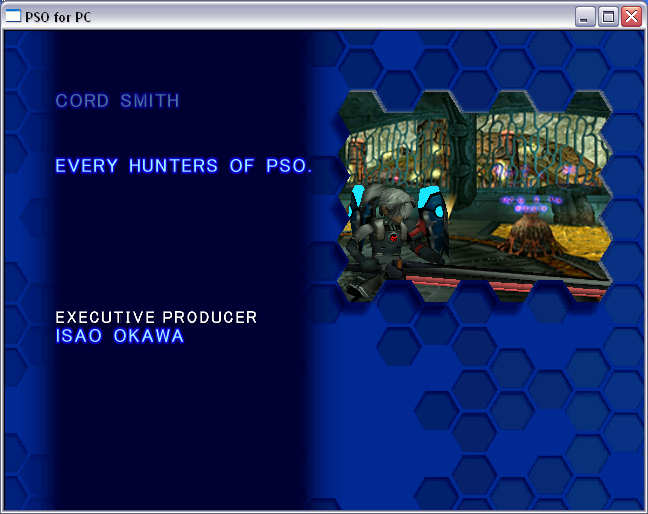 Gotta have a Classic xD 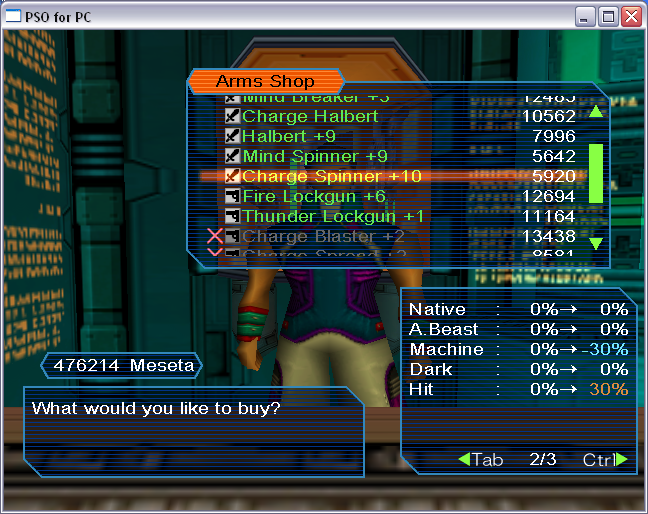 GCer would drool over this <3

Why would my computer sucking (and it doesn't) have anything to do with making the screen partially black? Ren is standing in front of the bank. Should be pretty obvious.

Bringing a whole new meaning to the term: "Cross-fire".

A rarity in Challenge, haha.

Amazingly, this is my first 2P Stage 9. xD

Ok so, I was playing offline and I wanted to go down to Ultimate so I went from normal to Ultimate and this happen 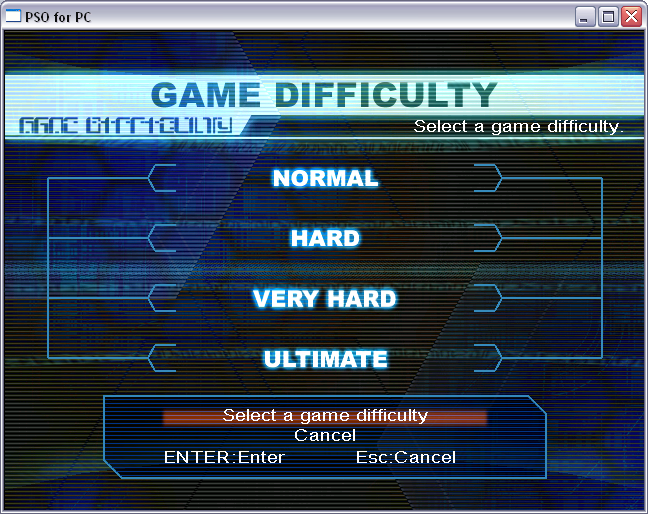 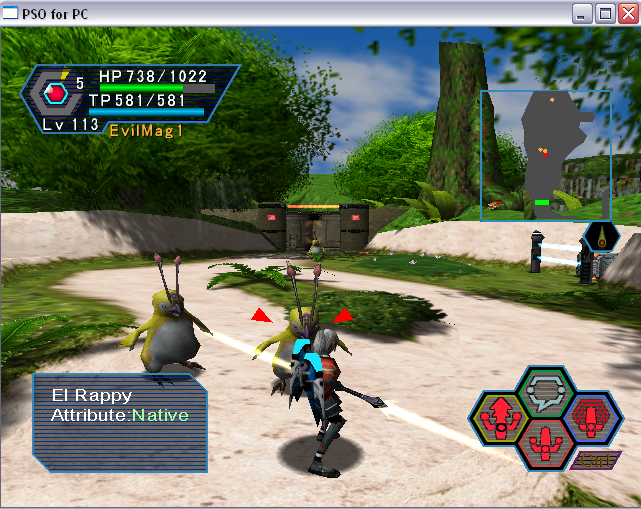 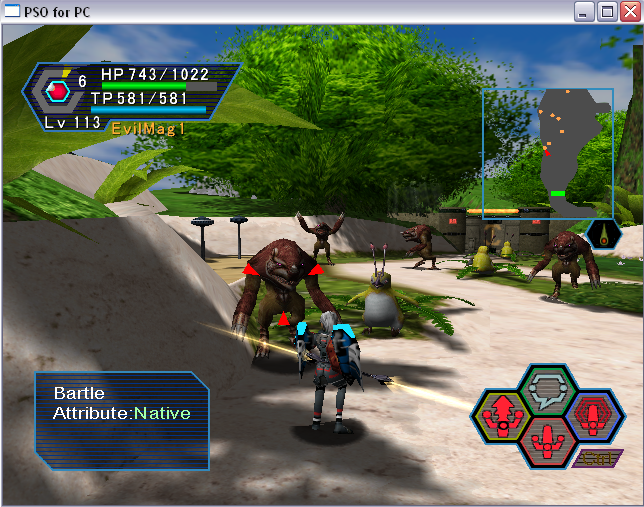 They have their Ultimate counterpart names 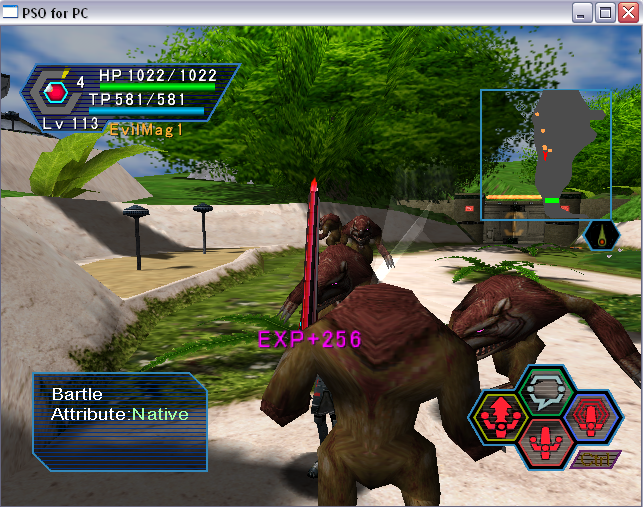 Also tried to hit a box and PSO Crashes as well.

...You removed the EP? Did somebody bork his installation?